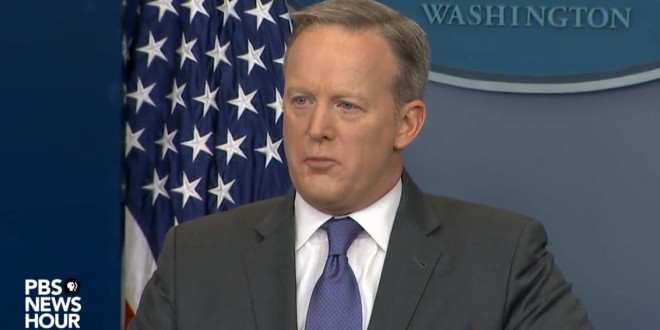 Spicer: “I’m not gonna get ahead of the executive orders that we may or may not issue. Uh, there’s a lot of executive orders, a lot of things that the president has talked about and will continue to fulfill. But we have nothing on that front right now.”

The exchange occurs at the 49:00 mark below.