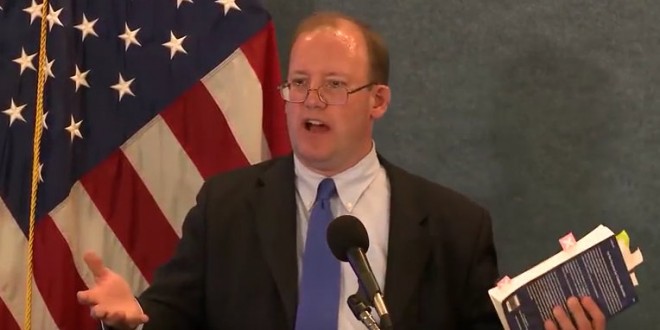 “This is the first sign we have that President Trump will be triangulating on homosexuality versus abortion. As exhilarated as we were to watch the Trump administration confidently and boldly stand for the protection of the unborn at the March for Life, we are now deeply disappointed that Mr. Trump has chosen to defend false LGBTQ ‘rights’ based on changeable homosexual and gender-confused behaviors.

“We understand that in many ways, Trump’s non-action in accepting Obama’s 2014 pro-LGBTQ executive order echoes the compromised culture. It might even be a politically savvy move to defend ‘gay’ and ‘transgender’ ‘rights’ while simultaneously being pro-life. However, it also lacks principle, as genuine rights—which come from God—can never be based on sinful, changeable, unnatural conduct proscribed in the Bible. Furthermore, homosexuality, like abortion, is inherently anti-life.

“We further understand that President Trump comes out of a New York City background in which he advocated for homosexual ‘rights.’ But to now use his bully pulpit to proclaim ‘rights’ and favored treatment based on a sexual sin and gender rebellion is wrong. (See Romans 1—which Obama pooh-poohed.) No matter how powerful the new president is, he, like Obama, is utterly powerless to change God’s eternal moral law.

“We call on all pro-family and pro-life groups to stay principled in their advocacy, and not to look the other way when Donald Trump stumbles on truth. We condemned Obama when he advanced a sin-based agenda in the name of ‘Equality.’ We must do no less with President Trump.”