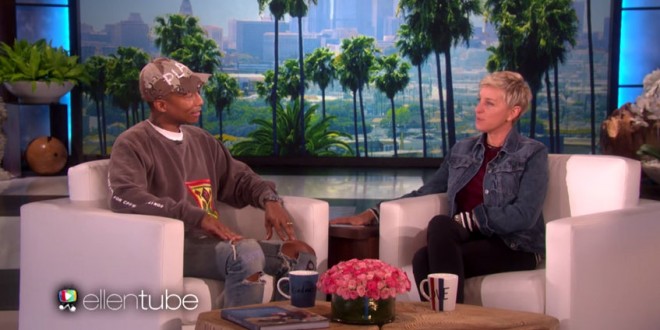 Pharrell Talks About Kim Burrell To Ellen: There’s No Room For Any Kind Of Prejudice In 2017 [VIDEO]

Pharrell Williams and Ellen DeGeneres discussed the absence of gospel singer and pastor Kim Burrell and her remarks against the LGBT community during Thursday’s The Ellen DeGeneres Show. Burrell and Williams had planned on singing “I See Victory” from the Hidden Figures soundtrack.

“She said some very not nice things to say about homosexuals so I didn’t feel that was good of me to have her on the show to give her a platform after she was saying things about me,” said DeGeneres about the decision to remove Burrell from the show.

“There’s no space, there’s no room for any kind of prejudice in 2017 and moving on,” said Williams, drawing a round of applause from the audience. “She’s a fantastic singer, I love her, just like I love everybody else, and we all got to get used to that.”

He continued, “We all have to get used to everyone’s differences and understand that this is a big, gigantic, beautiful, colorful world and it only works with inclusion and empathy. “