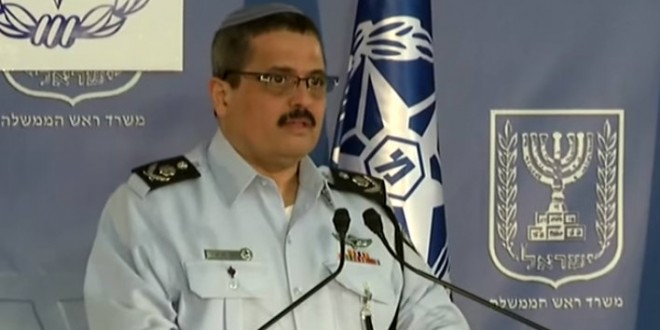 Roni Alsheikh, the Israeli Commissioner of Police, announced last week that his department of law enforcement personnel is preparing for the arrival of the Messiah in a truly unique way. Alsheikh was filmed at a celebration held by Chabad Hasidim in his neighborhood of Givat Shmuel, not far from Tel Aviv, in honor of the 19th of the Hebrew month Kislev.

“We, the police, are very involved in strengthening the mitzvot (Bible commandments) between man and his fellow,” announced Alsheikh at the gathering. “When the Messiah comes, everyone will want to [approach] him so it will get very crowded,” predicted the commissioner. “That will be a time when we will have to be very strong in respecting our fellow.”

In describing the very important role the Israeli police will play upon Messiah’s arrival, Alsheikh said to the joyous Hasidim gathered, “Not only are we busy enforcing the law, we also try to enact preventative measures [regarding] how to strengthen mutual consideration for our fellow.

Some Christian commenters at both sites are denouncing the reported plan because Jesus wouldn’t need any bodyguards.

NOTE: Israel has no local or municipal police departments.