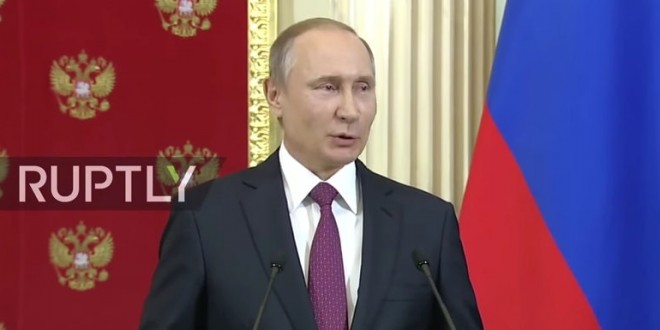 Gosh, hearing about this when it started totally could have affected the election. McClatchy reports:

The FBI and five other law enforcement and intelligence agencies have collaborated for months in an investigation into Russian attempts to influence the November election, including whether money from the Kremlin covertly aided President-elect Donald Trump, two people familiar with the matter said. The agencies involved in the inquiry are the FBI, the CIA, the National Security Agency, the Justice Department, the Treasury Department’s Financial Crimes Enforcement Network and representatives of the director of national intelligence, the sources said.

Investigators are examining how money may have moved from the Kremlin to covertly help Trump win, the two sources said. One of the allegations involves whether a system for routinely paying thousands of Russian-American pensioners may have been used to pay some email hackers in the United States or to supply money to intermediaries who would then pay the hackers, the two sources said.

There’s lots and lots more at the link. Read it. And stand by Hair Furor’s tweeted screams.