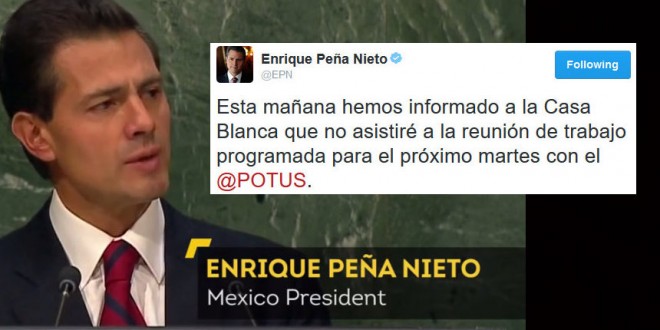 Mexican President Enrique Pena Nieto said Thursday that he told the White House that he will not attend a meeting with President Donald Trump scheduled for next Tuesday.

They were set to meet to discuss trade and immigration. After Trump signed two executive orders Wednesday aiming to crack down on immigration from America’s southern neighbor, Pena Nieto said he would consult with Mexican officials to decide “next steps,” but did not say outright that he would not attend the meeting.

On Thursday morning, Trump responded on Twitter, first criticizing America’s trade relationship with Mexico. He added that “if Mexico is unwilling to pay for the badly needed wall, then it would be better to cancel the upcoming meeting.”