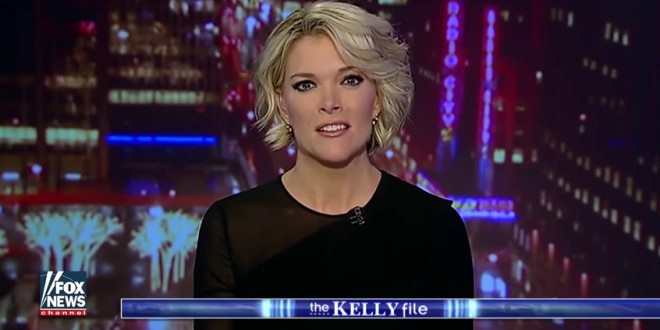 Megyn Kelly is saying goodbye. The 46-year-old journalist bid farewell to her loyal viewers on Tuesday’s episode of The Kelly File, after news broke earlier in the day that she was leaving Fox for NBC News. “Finally tonight, a personal and professional note, from me to you. After more than a dozen years at Fox News, I have decided to pursue a new challenge,” she began her heartfelt message.

“This was a tough decision for me, because I love this show, our staff, my crew, my colleagues here at Fox, and you, those who write me the lovely handwritten notes, asking about my kids, and even those who — very rarely — complain on Twitter about our coverage after our show, or a presidential debate,” she added, commenting on Donald Trump’s famous attack against her after she moderated the first GOP debate.

“Now, I don’t actually know most of you, so perhaps it’s not true love, but it’s the kind that makes one feel connected to another human being, and that, after all, is why I believe we’re here — human connection,” she continued. “The truth is, I need more of that in my life, in particular when it comes to my children, who are 7, 5, and 3. So I’ll be leaving Fox News at the week’s end and starting a new adventure, joining the journalists at NBC News, who I deeply admire. I’ll be anchoring a daytime show there, along with a Sunday night news magazine, and you’ll see me there on the big nights too, for politics and such.”