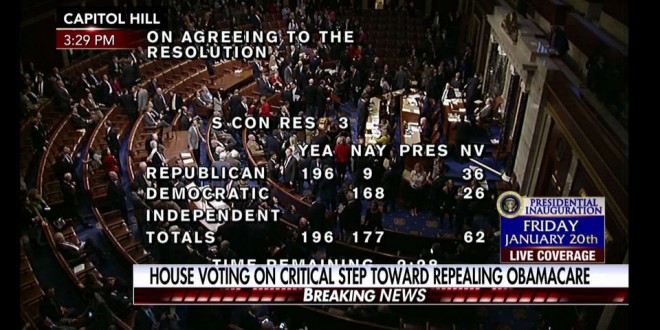 US House Votes To Advance Obamacare Repeal, All Democrats And Nine GOP Reps Vote In Opposition

House Speaker Paul Ryan, who took to the House floor in a rare move to argue for the end of Obamacare, noted his opposition to the measure when it was first debated and said that Republicans were now sending in the “rescue” team.

Shortly before the House was scheduled to vote to advance the measure, House Democratic Leader Nancy Pelosi — who led the passage of the law in 2009 and 2010 when Democrats controlled the House — accused Republicans of attempting to “cut and run” on people with health insurance and argued that Republicans would end up cutting Medicare benefits as well.

“The Republican replacement plan is cut and run: cut benefits, cut investments and hospitals that care for our people, cut jobs. It’s with no positive upside to it,” Pelosi said. ‘We are not going to identify ourselves with cut and run, cutting benefits, cutting of those covered and cutting the savings that we have there.”