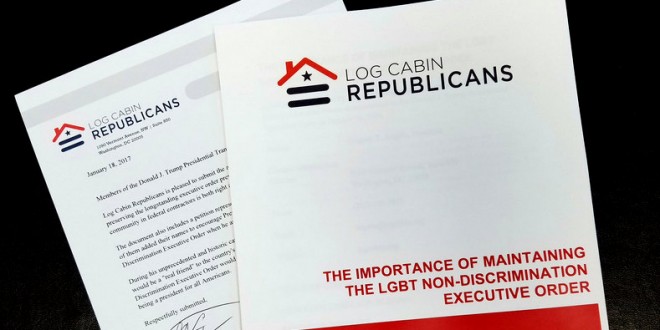 The Log Cabin Republicans have sent Trump’s transition team a bullet-pointed plea to keep the LGBT executive order issued by the president they have undermined for the last eight years. From their letter:

Federal prohibitions against gay discrimination have been a matter of United States policy via executive order since 1998,and were maintained in the administration of Republican President George W. Bush.

The amended executive order prohibiting discrimination based on gender identity has been a matter of realized policy for nearly two years. Maintaining the LGBT Non-Discrimination Executive Order is not only right, but popular: 68% of Americans support workplace protections for LGBT individuals.