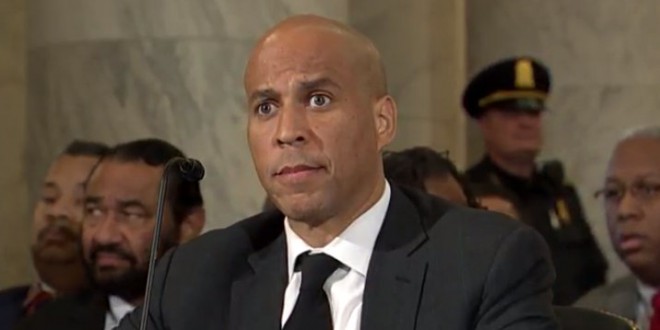 UPDATE: Bumping this post back to the top because Cory Booker is due to testify shortly.

Sen. Cory Booker will make history Wednesday when he becomes the first sitting senator to testify against another sitting senator for a Cabinet post as he fights Jeff Sessions’ nomination to become President-elect Donald Trump’s attorney general. The decision has thrust Booker, a New Jersey Democrat and fixture on lists of potential 2020 presidential candidates, into the limelight. Republicans quickly accused Booker of seeking to improve his own political prospects. Democrats made clear Booker is on his own.

“It’s not for me to approve or disapprove. He’s asked to testify and his message is whatever he wants it to be,” said Sen. Dick Durbin of Illinois, the No. 2-ranking Democrat. Now, liberals searching for new leadership within their party — and a strong voice of opposition in the Trump era — will be watching Booker closely to see if he meets the moment he created for himself.

Previous Bill Donohue: Female MSNBC Reporters Are Ugly
Next Garry Kasparov: That Was More Like A Soviet Press Conference, More Speakers And Flags Than Answers