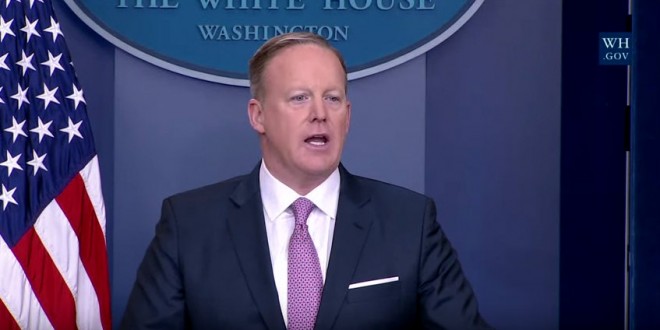 Press secretary Sean Spicer will meet the White House press corps again at 1:30 p.m. Monday. What will the correspondents ask? What will Spicer say? Will people believe him?

Monday could be a career-defining moment for Spicer, a Washington veteran with decades of public relations experience. Reporters were astonished on Saturday when Spicer came to the briefing room and read an angry statement about “deliberately false reporting,” claiming the press downplayed the crowd size that witnessed the new President’s inauguration.

“I’ve known Sean Spicer since he was the press aide to the House Budget Committee. I don’t know this Sean Spicer,” New York Times reporter Jonathan Weisman tweeted. At least five of the things Spicer said in his five-minute speech were not true. He did not take questions in the briefing room, and he declined an interview request afterward.