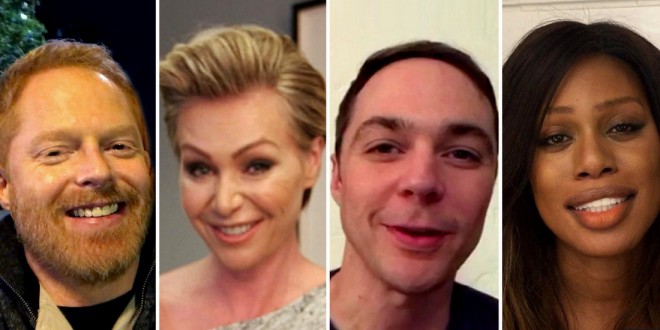 On the day his presidency is handed over to Donald Trump, Barack Obama is getting one last “Thanks, Obama.” Following her own personal tribute, Ellen DeGeneres reached out to famous LGBT faces for help compiling a heartwarming video of thank yous set to Katy Perry’s “Roar,” which she played on The Ellen DeGeneres Show Friday morning.

“President Obama, we are all so grateful for everything you’ve done in the name of kindness, equality, and love,” she said. “This message is for you.” The star-studded line-up included Jim Parsons, Nathan Lane, Evan Rachel Wood, Colton Haynes, and Jonathan Groff, among many others.

The pre-recorded videos featured the stars thanking Obama for the measures taken to help the LGBT community during his time in office, from repealing Don’t Ask, Don’t Tell, to legalizing gay marriage.