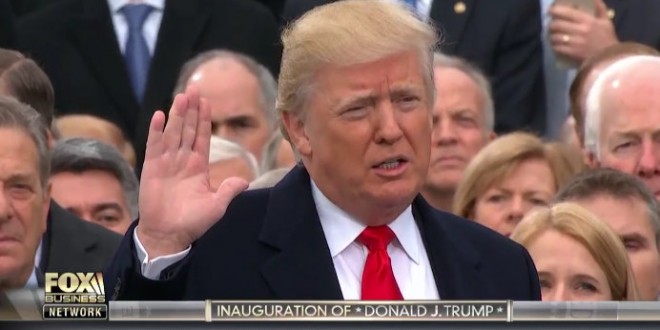 A group of American lawyers and researchers said it will file a lawsuit alleging that U.S. President Donald Trump is violating the constitution by illegally accepting payments from foreign governments.

Citizens for Responsibility and Ethics in Washington (CREW), which describes itself as a non-profit legal watchdog group that aims to hold public officials accountable for their actions, said it would file a lawsuit detailing the claims in New York first thing Monday morning.

The group alleges that Trump, via his hotel empire, is in violation of the constitution’s clause on emoluments, which says the president should not receive payments from foreign governments or businesses owned by foreign governments without the approval of Congress.

“We did not want to get to this point. It was our hope that President Trump would take the necessary steps to avoid violating the Constitution before he took office,” CREW Executive Director Noah Bookbinder said. “He did not. His constitutional violations are immediate and serious, so we were forced to take legal action.”

Since Trump refused to divest from his businesses, he is now getting cash and favors from foreign governments, through guests and events at his hotels, leases in his buildings, and valuable real estate deals abroad. Trump does business with countries like China, India, Indonesia and the Philippines, and now that he is President, his company’s acceptance of any benefits from the governments of those countries violates the Constitution. When Trump the president sits down to negotiate trade deals with these countries, the American people will have no way of knowing whether he will also be thinking about the profits of Trump the businessman.

“President Trump has made his slogan ‘America First,’” said Bookbinder. “So you would think he would want to strictly follow the Constitution’s foreign emoluments clause, since it was written to ensure our government officials are thinking of Americans first, and not foreign governments.”

Some are questioning whether CREW has the legal standing to sue.