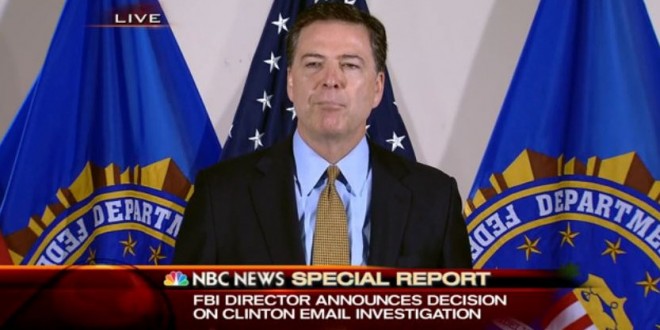 A review that will likely be quashed on January 21st. CNBC reports:

Department of Justice Inspector General Michael Horowitz said on Thursday he will review how the FBI and Justice Department handled certain aspects of Hillary Clinton’s email investigation. The review will include FBI Director James Comey’s news conference in July and his two letters to the Hill in late October and early November.

Before the Nov. 8 election, Comey sent a letter to lawmakers that said the FBI discovered new emails related to Clinton. “Allegations that decisions regarding the timing of the FBI’s release of certain Freedom of Information Act (FOIA) documents on October 30 and November 1, 2016, and the use of a Twitter account to publicize same, were influenced by improper considerations,” Horowitz said in a statement.

The review comes in response to requests from “numerous Chairmen and Ranking Members of Congressional oversight committees, various organizations, and members of the public,” the department said.

In other words, very big on all fronts

Previous Sarah Palin: Journalists “Spit On The Graves Of Our Veterans” When They Dare To Criticize Donald Trump
Next Bronski Beat Member Larry Steinbachek Dies At 56