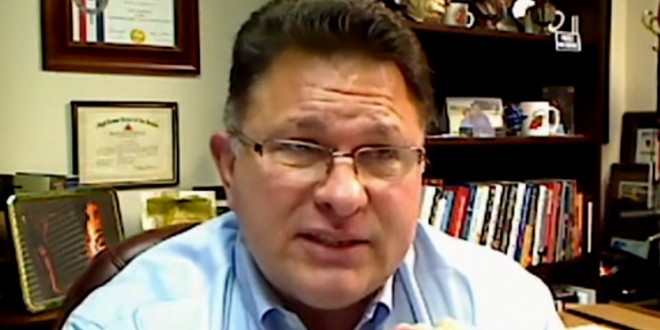 The Florida hate group leader who once declared that it was “worth dying” to stop same-sex marriage is very upset about yesterday’s rule change by the Boy Scouts. Via press release from Christian Newswire:

“This is a profoundly sad but inevitable decision on the part of the Boy Scouts of America (BSA). The ‘key three’ leadership of the BSA assured its membership less than four years ago when they voted to allow openly gay boys in the program that this would never happen. Now untold thousands of boys in Scouting will be directly exposed to the serious psychological confusion that is characterized by those claiming to be transgender. As a society, we should have great compassion for children suffering from gender dysphoria while getting them proper counseling and professional help.

“Instead, the BSA is encouraging and facilitating a recognized mental disorder that has far reaching consequences to the health and safety of children. Recently, the American College of Pediatricians released a formal position paper entitled ‘Gender Identity Harms Children’ urging those working with children ‘to reject all policies that condition children to accept as normal a life of chemical and surgical impersonation of the opposite sex.’

“Further, knowing that boys and biological girls will be showering, dressing and camping in tents together create a clear child protection issue which is being ignored. It’s simply stunning that a leading youth organization which parents entrust the protection of their children with has opted to again appease political activists rather than follow clear, common-sense best practices for child protection.

“In light of this decision, parents across America are even more grateful for Trail Life USA, the distinctly Christian scouting organization for boys and young men, which focuses on adventure, character, and leadership in its 700 troops in 48 states across the country. Trail Life CEO Mark Hancock responded to the decision by saying, ‘Trail Life USA is saddened to see this decision by the BSA. We assure our members and chartering organizations that we are committed to the timeless Biblical values affirmed in our Statement of Faith and Values.'”

As many of you doubtlessly know, the American College of Pediatricians is a tiny fake group with a name meant to mimic the legitimate and pro-trans American Academy of Pediatricians, which has over 60,000 members. Stemberger, usually backed by the Liberty Counsel, has filed multiple legal challenges to LGBT rights over the last few years.

Previous Your Daily Presidential Tantrum
Next TRAILER: Beauty And The Beast