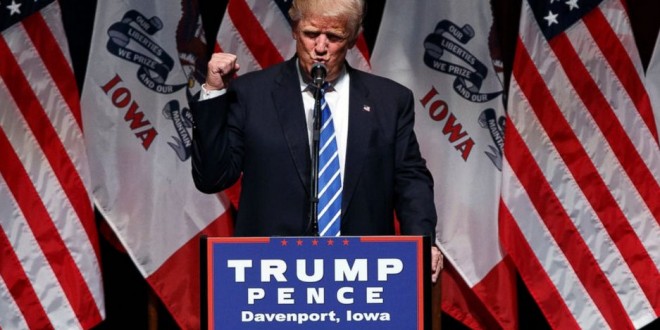 Human Rights Watch: Donald Trump Foments Hatred And Intolerance And Is A Threat To Human Rights

Human Rights Watch is listing President-elect Donald Trump as a threat to human rights, calling his campaign a “vivid illustration of the politics of intolerance.” “Donald Trump’s election as US president after a campaign fomenting hatred and intolerance, and the rising influence of political parties in Europe that reject universal rights, have put the postwar human rights system at risk,” the group said in a Friday statement announcing a new report.

The 687-page World Report analyzes Trump’s campaign, pointing to his rhetoric as a cause for worry over human rights violations. “(Trump’s) campaign floated proposals that would harm millions of people, including plans to engage in massive deportations of immigrants, to curtail women’s rights and media freedoms, and to use torture,” the report says, quoting Human Rights Watch Executive Director Kenneth Roth.