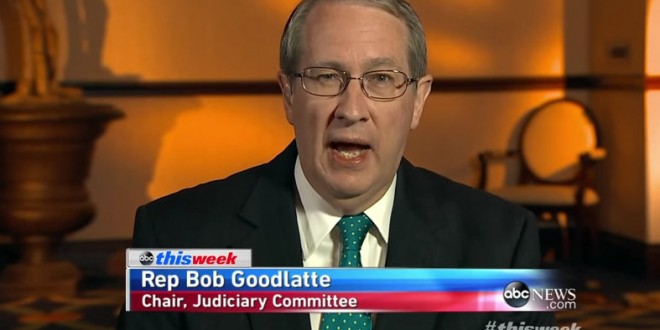 House Republicans have voted to eviscerate the Office of Congressional Ethics, the independent body created in 2008 to investigate allegations of misconduct by lawmakers after several bribery and corruption scandals sent members to prison.

The ethics change, which prompted an outcry from Democrats and government watchdog groups, is part of a rules package that the full House will vote on Tuesday. The package approved Monday also includes a means for Republican leaders to punish lawmakers if there is a repeat of the Democratic sit-in last summer over gun control.

Under the ethics change pushed by Rep. Bob Goodlatte, R-Va., the non-partisan Office of Congressional Ethics would fall under the control of the House Ethics Committee, which is run by lawmakers. It would be known as the Office of Congressional Complaint Review, and the rule change would require that “any matter that may involve a violation of criminal law must be referred to the Committee on Ethics for potential referral to law enforcement agencies after an affirmative vote by the members,” according to Goodlatte’s office.

Lawmakers would have the final say on their colleagues under the change. House Republicans voted 119-74 for the Goodlatte measure despite arguments from Speaker Paul Ryan, R-Wis., and Majority Leader Kevin McCarthy, R-Calif., against the change.

The new Office of Congressional Ethics can’t release information to public. Or have a spokesperson. No communication. In any way. Got it? pic.twitter.com/BCVDjn3SmY