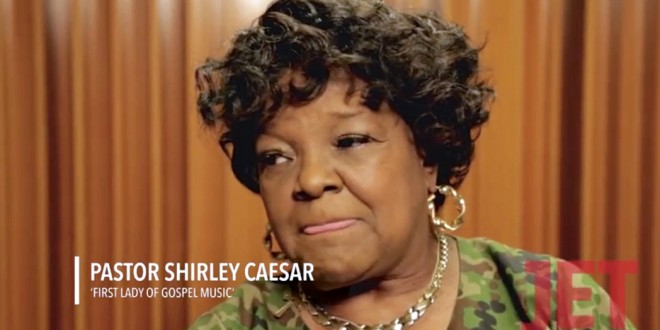 These church ladies are downright hilarious. First there was Kim Burrell’s sermon about gay people are all going to die and go to hell, and now her compadre in holy ghost Shirley Caesar oddly defending and blaming President Obama for making homosexuality “alright”.

“You should’ve said something four years ago when our President made that stuff alright,” Caesar said. In another video posted to Twitter, Caesar suggested that pastors need to keep their business in house and possibly collect cell phones at the door.

I’m going to go out on a limb suggest to Caesar that the president didn’t make it “alright”. And cell phones being banned from church isn’t going to protect your neck. And furthermore, holy ghost hypocrites need to stop picking and choosing what they actually follow in the bible.

Shirley Caesar is known as the “First Lady of Gospel” and has won 11 Grammy awards. On Tuesday, Ellen DeGeneres disinvited Burrell from her show.