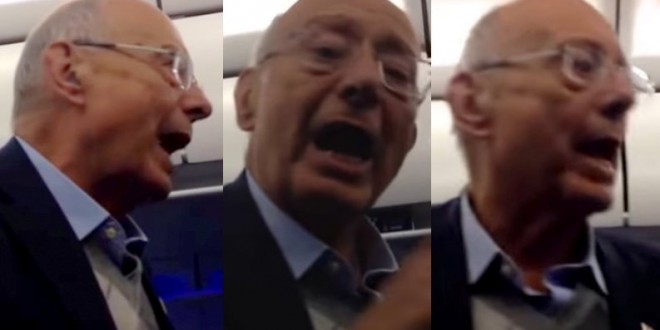 Former Sen. Al D’Amato was escorted off a JetBlue flight Monday night after trying to lead passengers in a rebellion against seating changes that followed a lengthy delay, an eyewitness told The Post. JetBlue flight 1002 from Ft. Lauderdale to JFK was scheduled to depart at 1:40 pm Monday, but didn’t take off until 8 pm.

“Al D’Amato was just kicked off my flight,” the eyewitness, a fellow passenger, texted to a Post reporter mid-flight. D’Amato and other passengers who were already “super cranky” about the six-and-a-half hour delay were even more upset when the flight crew asked people who paid extra for legroom to switch seats because of “weight and balance issues,” the passenger said.

“That’s when he [D’Amato] took to the aisles.” The former senator from Long Island was downing wine at the airport bar before boarding, added the passenger. D’Amato, who was sitting toward the back of the plane — in a seat with sparse legroom — began chanting “make them move,” which a smattering of fellow passengers took up, and marched up and down the aisle.

D’Amato was removed from the plane by Broward County cops, who have rather had their hands full in recent days.

RELATED: D’Amato had a mixed record on LGBT rights, voting for ENDA but also for DOMA.