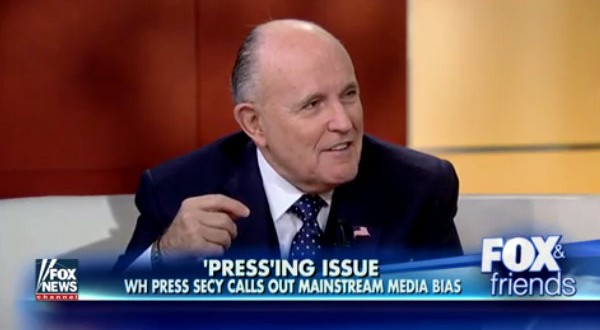 The media simply does not like President Donald Trump, former New York Mayor Rudy Giuliani said Monday morning, and he would be much more comfortable if they simply admitted it.

“I’d feel a lot better if Chuck and the others would just admit they don’t like Trump, they’re against Trump and they’re going to view facts in the light most unfavorable to him,” Giuliani said on Fox News’s “Fox & Friends” Monday morning.

Giuliani went on to declare that the Women’s March attendees had no idea what they were protesting against.