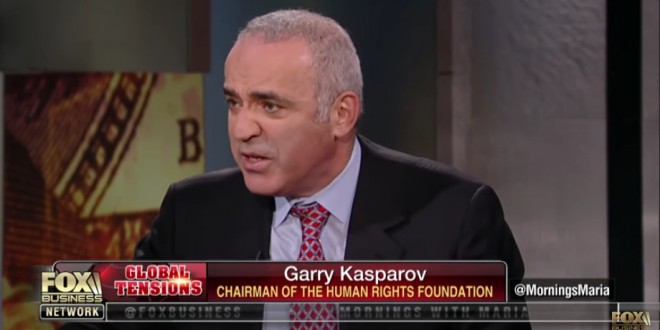 Garry Kasparov: That Was More Like A Soviet Press Conference, More Speakers And Flags Than Answers

Garry Kasparov, an outspoken critic of Vladimir Putin, likened President-elect Donald Trump’s press conference Wednesday to ones held by leaders in the Soviet Union. “That reminded me of a Soviet press conference. More speakers than questions, more flags than answers,” Kasparov, the former world chess champion, wrote in a tweet during the press conference. Kasparov, the chairman of the Human Rights Foundation, told CNN in October he thought Vladimir Putin was “absolutely” trying to elect Trump. Kasparov once said it would “be a disaster” if Trump didn’t change his tone during his transition, according to an interview with WBUR.

UNRELATED: At the age of 22, Kasparov became the youngest undisputed world chess champion in history.

That reminded me of a Soviet press conference. More speakers than questions, more flags than answers.