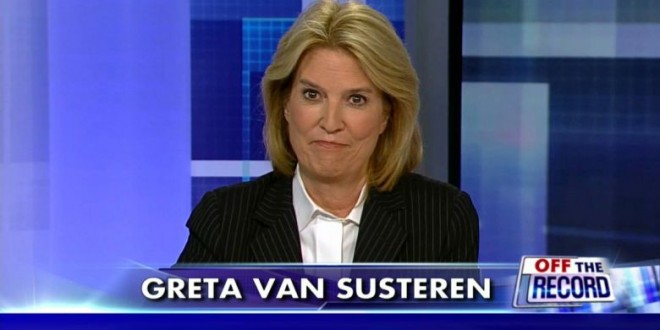 Former Fox News Channel star Greta Van Susteren is joining MSNBC, to host For the Record with Greta, weeknights at 6 PM ET on the NBC News cable news network. The program will debut on Monday, January 9, based in Washington, D.C. Van Susteren replaces the timeslot of Bloomberg’s political television show With All Due Respect, which ended in early December.

The network said the early evening broadcast will build on its strategic shift to a breaking news focus during the day and, along with MTP Daily and Hardball. The news comes two days after NBC News announced it had signed Fox News Channel star Megyn Kelly to host a weekday morning show and a Sunday primetime newsmagazine for NBC broadcast network.

In September, FNC announced abruptly that Van Susteren had had her last day on the network and senior political analyst Brit Hume was taking over her time slot, effective immediately, through the presidential election. Van Susteren, meanwhile, took to Facebook to explain that she took advantage of that much-discussed “key man” clause in her contract allowing her to leave if Fox News chief Roger Ailes exited, explaining her hasty departure with: “The clause had a time limitation, meaning I could not wait.”