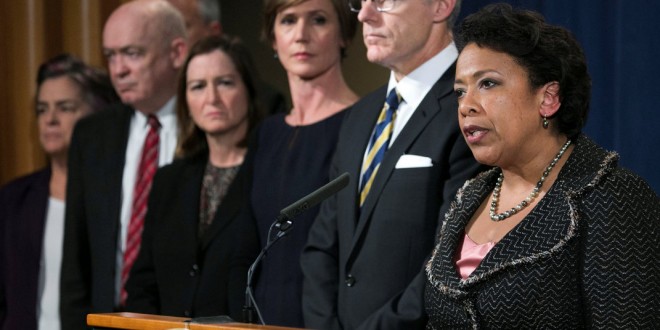 So much for “clean diesel.” NBC News reports:

Volkswagen will pay a $4.3 billion penalty for diesel emissions rigging, the U.S. Justice Department and several other federal agencies announced on Wednesday. As a result of the criminal investigation into the diesel scandal, regulators also revealed that six executives have been indicted on charges ranging from wire fraud to conspiracy to defraud the government. Justice officials said the investigation will continue into actions that might have been taken by other officials. The list of those involved in the scandal include some “very significant people in the company,” said the Feds, directly contradicting the automaker’s claims that only a “handful” of “rogue” workers had been involved.

According to Attorney General Lynch, the VW investigation has not wrapped up. Other individuals within the company are still under the microscope and could face further charges. The automaker reached a civil settlement with the Department of Justice, EPA and several other federal and California agencies in June. Of the $14.7 billion price tag, about $10 billion was earmarked for a buyback program covering the 2.0-liter diesel vehicles. It reached another civil agreement last month covering the 3.0-liter engine worth as much as $2.0 billion, though VW hopes to repair, rather than replace those vehicles.

USA McQuade joins AG Lynch and others in announcing civil and criminal penalties and indictments against Volkswagen AG. pic.twitter.com/COnmJbnlop