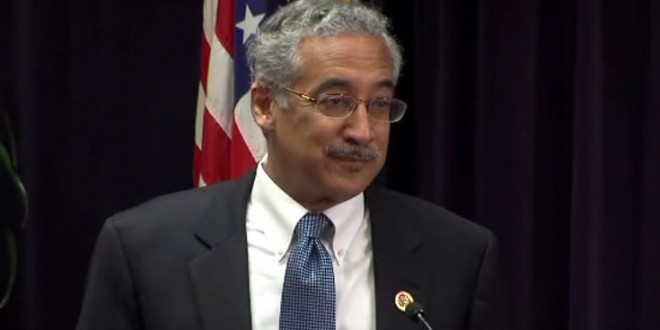 Several House Democrats are weighing a formal challenge to Donald Trump’s election on Friday, when Congress meets in joint session to certify Trump’s Electoral College victory. Reps. Ed Perlmutter of Colorado, Bobby Scott of Virginia [photo] and Jamie Raskin of Maryland are among a group of Democrats eyeing challenges.

Members have the right to lodge those protests when Congress officially counts the electoral votes on Friday. But for the protests to have any effect on the proceedings, they’ll need to secure the backing of at least one senator, and it’s unclear whether any Senate Democrats are weighing a similar challenge.

Either way, there’s effectively no chance the protests will alter the actual election outcome, given Republican control of Congress. Instead, the effort could give Democrats a new venue to protest Trump’s victory. And if the Democrats can secure a senator’s support, the challenges could delay the certification of Trump’s victory for hours while the House and Senate separately debate the merits of each protested electoral college vote.

Previous Pharrell Talks About Kim Burrell To Ellen: There’s No Room For Any Kind Of Prejudice In 2017 [VIDEO]
Next BREAKING: Texas GOP Introduces “Bathroom Bill”