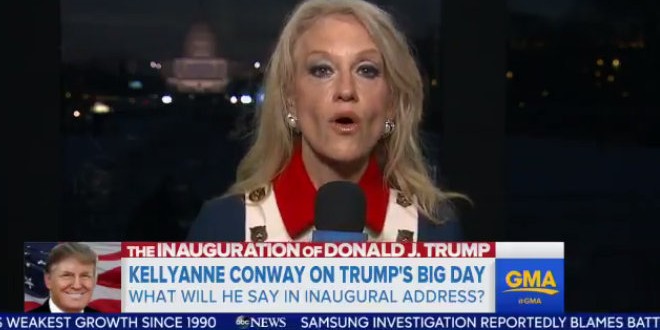 A top aide to President-elect Donald Trump says he plans on aggressively overturning federal bureaucracy after his inauguration. “I feel like Washington, D.C. will have a shock to its system with President Trump,” Conway said on ABC’s “Good Morning America” Friday. “You’ll know almost immediately that there’s a new sheriff in town,” added Conway, who is Trump’s incoming counselor. “He plans on upending some of the un-constitutional and job-killing regulations that have been put into place.”

“[Trump has] made very clear that his priorities are to repeal and replace ObamaCare and also to bring some regulatory relief and tax reform.” Conway, who also served as Trump’s 2016 presidential campaign manager, added Trump would focus on unifying America after swearing-in Friday. “Donald Trump didn’t divide the country, but he has a wonderful opportunity to heal and unify the country,” she said.