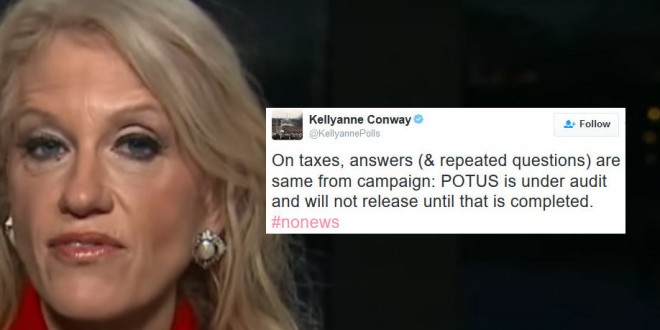 President Donald Trump will release his tax returns after the IRS completes its audit of him, White House counselor Kellyanne Conway tweeted Monday in an apparent clarification from her earlier statement.

“On taxes, answers (& repeated questions) are same from campaign: POTUS is under audit and will not release until that is completed,” Conway tweeted. Her tweet stands in contrast to what she said Sunday on ABC’s “This Week,” when she said that Trump is “not going to release his tax returns.”

Trump Counselor Kellyanne Conway stated today that Trump will not release his tax returns. Send them to: https://t.co/cLRcuIiQXz so we can.