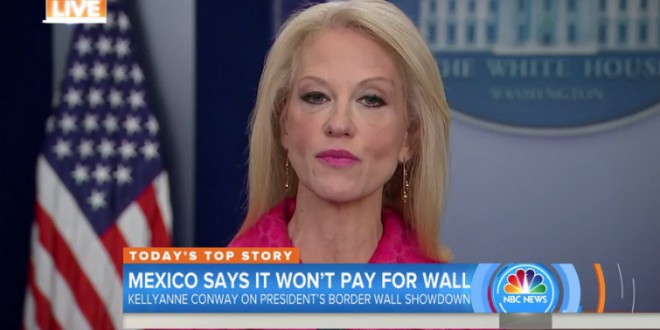 Just one day after President Donald Trump said he would ask for a “major investigation” into his unsubstantiated allegations of voter fraud, White House counselor Kellyanne Conway pushed back on reports that the president’s daughter is registered to vote in two states. “I talked last night to Tiffany Trump, and she said it is flatly false that she is registered in two states,” Conway said Thursday.

Trump’s youngest daughter, Tiffany, is currently registered in both New York City and Philadelphia, according to state election records in New York and Pennsylvania. Trump was a student at the University of Pennsylvania until her graduation last May. Conway said she remembers Tiffany describing trying to register earlier in the year in New York “so she could vote for her father” in the primary.

“She had been registered in Pennsylvania and went through the process, said it was very byzantine, and took a long time, but she said she is not registered in two states,” she said. A Philadelphia County elections official confirmed to NBC News on Thursday that Tiffany continues to be listed as active in the voter rolls there. In addition, public records in New York City, where she now lives, also list her as registered to vote there.

Double-checked on this: Tiffany Trump is, in fact, registered to vote in PA & NY, per elex officials & state elections websites @TODAYshow https://t.co/idjkIfAHWO