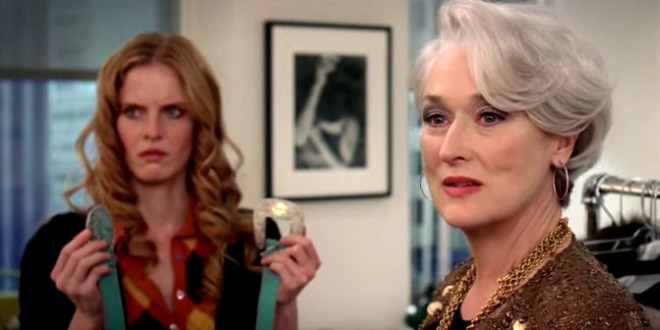 “Is there some reason that my coffee isn’t here? Has she died or something?” That’s a snippet of Meryl Streep’s dialogue from the 2006 comedy The Devil Wears Prada. Now Sir Elton John and Paul Rudnick are writing a musical adaptation for Broadway.

A production timeline is TBA for the show, which will be produced by Kevin McCollum, Fox Stage Productions and John’s Rocket Entertainment. The ’70s hitmaker and Lion King and Aida composer said of the new project: “Re-imagining The Devil Wears Prada for the musical theatre is super exciting. I’m a huge fan of both the book and the feature film and a huge aficionado of the fashion world. I can’t wait to sink my musical teeth into this hunk of popular culture.”

Rudnick’s myriad credits include Broadway’s I Hate Hamlet and such other stage fare as Jeffrey and The New Century, along with the the screenplays for In & Out and Addams Family Values. He also has authored novels and written for The New Yorker, Vanity Fair, Vogue and other magazines.

Meryl Streep earned a Tony nomination in 1976 for her performance in the Tennessee Williams play 27 Wagons Full Of Cotton. How great would it be for her to return to Broadway for this?