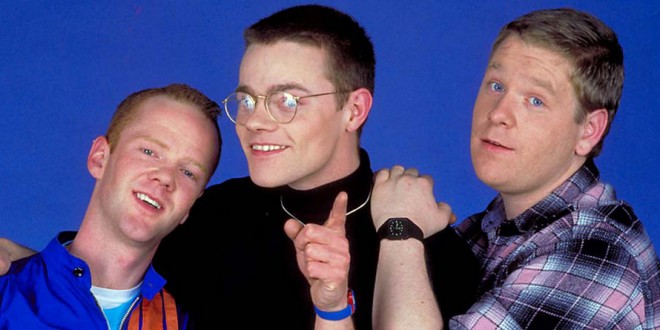 Larry Steinbachek [center in photo], former keyboardist with 1980s synthpop group Bronski Beat, has died at the age of 56. Steinbachek formed the group with Jimmy Somerville and Steve Bronski in 1983 and they had chart success with songs including Smalltown Boy and Why?.

Their cover of Donna Summer’s I Feel Love with Marc Almond was also a hit. Steinbachek’s sister Louise Jones told BBC News he died last month after a short battle with cancer, with his family and friends at his bedside. The electronic trio were also known for raising awareness about gay rights.

In 1985, we drove from Orlando to Fort Lauderdale to see Bronski Beat at the Copa. Unknown to us, Jimmy Sommerville had left the band shortly before the US tour began and vocals were handled by Steinbachek and Steve Bronski. I’ll leave it to you folks to describe what Smalltown Boy meant to gay men in the 80s.