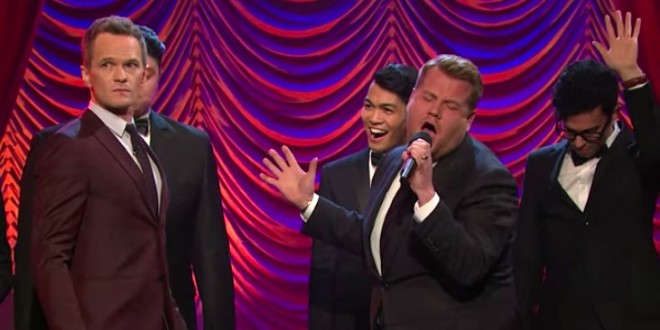 Pants off to you! Neil Patrick Harris challenged James Corden to a Broadway musical riff-off on the The Late Late Show on Monday, January 9, and the outcome was epic. The How I Met Your Mother alum, 43, got so into the battle he ended up splitting his pants, but that wasn’t the only comical moment. Harris poked fun at the British host, 38, for having won a Tony award for a non-singing role, and show tunes hell broke loose. Backed by some incredible philharmonic vocals the pair took turns attempting to outshine the other.