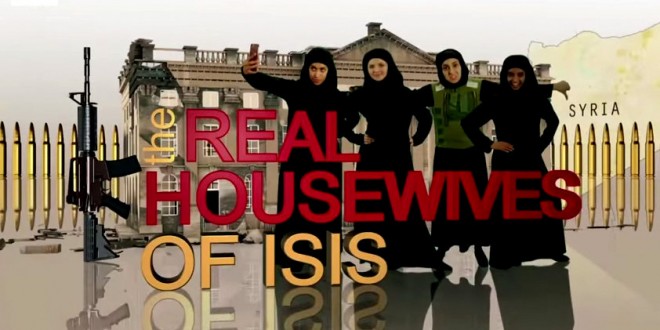 Joking about the Islamic State can be a dangerous matter. A BBC comedy show featuring a sketch called “The Real Housewives of ISIS” has come under fire for trivializing the very real issue of Jihadi brides. The sketch, lampooning the Real Housewives TV series and posted online Tuesday to promote the show Revolting, features four British women in hijabs discussing their new life in the Islamic State.

Perhaps predictably, the response from social media was less than enthusiastic. Many said it was “distasteful” when there were many cases of British girls under the age of 18 who had been groomed online and lured to the Islamic State. But not everyone has been offended, with several Twitter users pointing out that the whole point of satire was to bring people down to a level. “If you can mock something, you’re not scared of it,” posted one person. “ISIS want to be feared. Don’t give them that. And yes I’m Muslim, and a leftist.”