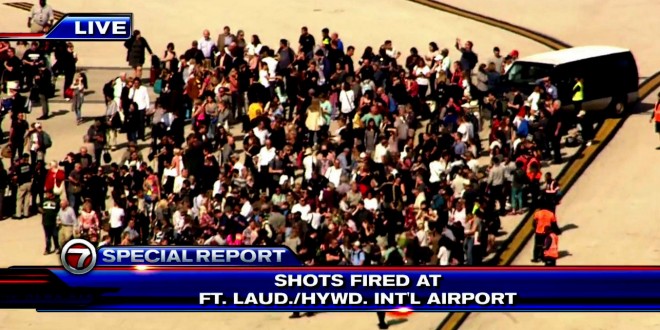 According to breaking reports, nine people were injured and at least one is dead in an apparent mass shooting at the Fort Lauderdale airport this afternoon. The shooter is reportedly in custody. Thousands of passengers have been evacuated out onto the tarmac. Former White House press secretary and CNN commentator Ari Fleischer happened to be there and he’s live-tweeting from the scene. I’ll update this post as more is known.

I’m at the Ft. Lauderdale Airport. Shots have been fired. Everyone is running.

All seems calm now but the police aren’t letting anyone out of the airport – at least not the area where I am. — Ari Fleischer (@AriFleischer) January 6, 2017

UPDATE: ABC News reports that the incident happened in the baggage claim area at Terminal 2, which is primarily used by Air Canada and Delta.