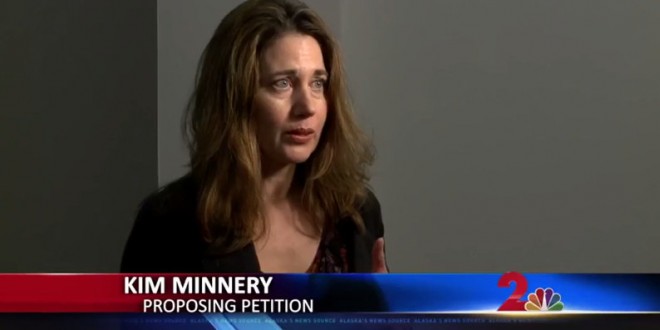 As longtime readers may recall, in 2014 Anchorage finally enacted an LGBT rights ordinance after many years of a very ugly battle. Anchorage’s NBC affiliate reports on the latest development:

A group of concerned citizens is petitioning to have religious and other exemptions added into Anchorage’s anti-discrimination ordinance passed in 2015. Just before close of business Tuesday afternoon, the paperwork was filed at Anchorage City Hall.

“We do want to get it before the citizens again and get the conversation started,” says Kim Minnery, wife of outspoken Anchorage conservative Jim Minnery. Kim Minnery says she doesn’t want to see discrimination against any groups including the LGBT community. She says the current ordinance discriminates against religious groups and provides no support for their beliefs

“Those institutions should be able to teach what they want to teach and run their ministries and outreach according to their religious beliefs,” says Minnery. Minnery believes the current ordinance opens Anchorage businesses up to lawsuits like those seen in the lower 48.

Jim Minnery is the cousin of Tom Minnery, former vice president of Focus On The Family and former chairman of Alliance Defending Freedom. In 2012 the ACLU demanded an investigation into their accusation that Jim Minnery had encouraged voter fraud in that year’s successful attempt to defeat the Anchorage ordinance. See NBC’s video report on this latest attack at the link above.