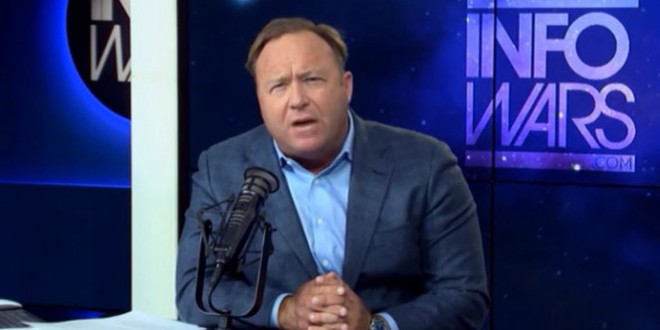 Yesterday, conspiracy theorist Alex Jones suggested that the deadly attack on the Islamic Cultural Centre of Quebec City was a false flag, which doesn’t come as a surprise as Jones has also claimed that tragedies like 9/11, the Oklahoma City bombing and mass shootings in Newtown, Connecticut and Charleston, South Carolina were also false flag operations.

While speaking with right-wing author Matt Bracken, Jones seized on early reports naming Alexandre Bissonnette and Mohamed el Khadir as suspects in the attack that left six dead. The police have since said that Khadir was actually a witness, and named Bissonnette, who was known for having far-right views, as the sole suspect. Conservative media outlets and the Trump administration, however, seized on the early and since retracted reports to stoke anti-Muslim sentiment.

As you’ll see in the clip, Jones goes on to declare that wingnut boogeyman George Soros probably had a hand in planning the attack. The killer, as the rest of us know, is a white supremacist fan of Donald Trump and French fascist leader Marine Le Pen.