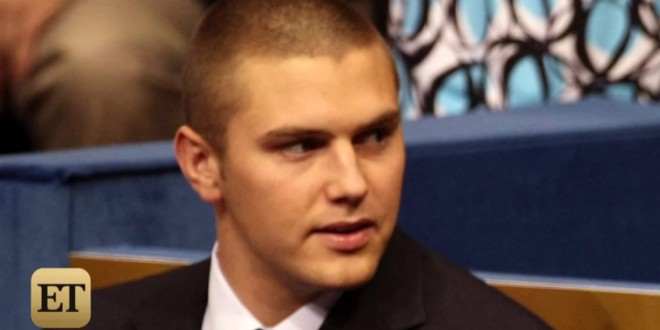 Track Palin, the son of former GOP VP candidate Sarah Palin, is at the center of another custody battle over his three-month-old son, according to tabloid reports. Palin’s ex-girlfriend, Jordan Loewe, filed a new petition in an Anchorage, AK courtroom last week asking for full custody of the couple’s three-month-old son, according to court filings obtained Radar Online. In the pleadings, Loewe reportedly alleged that she is ‘concerned’ for her safety and the safety of three-month-old Charlie Mitchell Palin.

The court documents are said to show Loewe wants full-time primary physical custody and seeks to limit Track’s visitation “completely” at her discretion. The latest filing comes just under a year since Track’s arrest for allegedly assaulting Loewe. On the night of Jan 18, 2016, Loewe told cops he struck her in the face and allegedly to harm himself with a rifle.

This is now reportedly the second of Track’s ex’s to seek limited visitation from with his children. Ex-Wife Britta Hanson sought to limit Track’s visitation rights with the couple’s four-year-old daughter, Kyla Grace, to four-days per month with zero overnight visits after his January 2016 arrest.