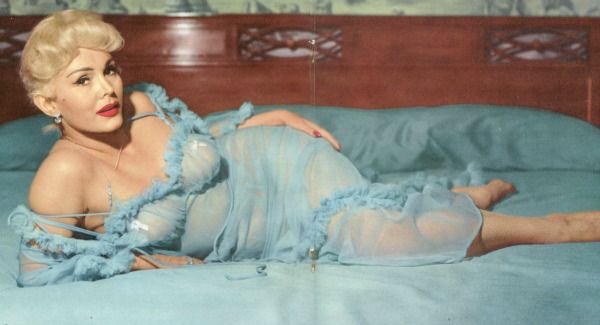 Zsa Zsa Gabor, a Hollywood icon who personified the joy of glorious, unapologetic celebrity, has died. She was 99. The Hungarian-American actress and socialite passed away on Sunday after suffering a heart attack, TMZ reports. Her publicist Ed Lozzi confirmed to multiple outlets that she died in her Los Angeles home. She survived a series of health problems over the last decade, including an auto accident, a hip replacement, a stroke and a lung infection, and had been on life support the past five years.

Born in Hungary during World War I, Gabor was discovered in the 1930s as an opera singer. She and her sisters Magda and Eva soon became known more for their uninhibited flair and flamboyant personalities than their stage and musical skills. Zsa Zsa — the Paris Hilton of her generation — endeared herself to the celebrity media with a quick wit, a rich mane of blond hair, a carefully maintained exotic accent underscored by frequent repetition of the word “Dah-ling,” and a well-polished set of comic one-liners about her love life.