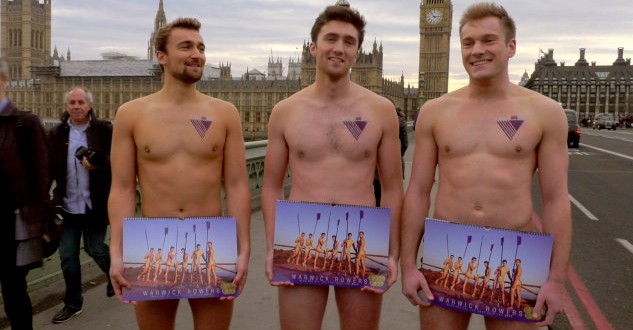 The Warwick Rowers say they have a renewed sense of purpose following Donald Trump’s surprise accession to the U.S. presidency ― and they’ve recorded a special video message to prove it.

The Rowers, who are students at England’s Warwick University, have been stripping nude for their steamy calendars for seven years. The 2017 edition is no exception, featuring the men posing au naturel with just some strategically-placed sporting equipment for modesty. Appropriately, proceeds from the calendar’s sales go to Sport Allies, a U.K. advocacy organization aimed at combating homophobia in team sports.

While LGBTQ rights face an uncertain future under a Trump presidency, the Warwick Rowers are calling on the president-elect and other world leaders to acknowledge equal rights for everyone whether they like it or not.