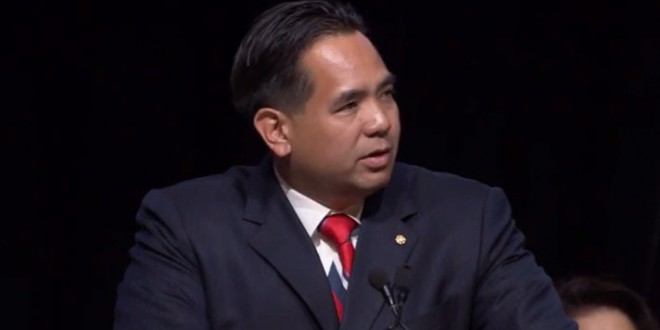 Utah’s attorney general says he is preparing a lawsuit against President Obama for his decision to designate a new national monument in the state. Attorney General Sean Reyes (R) on Wednesday said the lawsuit is one of numerous ways that he, Gov. Gary Herbert (R) and the state’s congressional delegation will fight the Bears Ears National Monument. Reyes admitted that previous attempts to sue over national monuments have failed. The courts have upheld presidents’ power to protect federal land as monuments unilaterally.

All of Utah’s statewide leaders and congressional delegation oppose the Bears Ears monument, saying it unnecessarily restricts land uses like fossil fuel production. They want Congress to enact less restrictive protections for the land. Obama said in creating the 1.35 million-acre monument that it is necessary to protect sacred American Indian sites, among other assets. A poll released Thursday morning by news website UtahPolicy.com, but taken before the Wednesday announcement, found that 46 percent of Utahns do not want President-elect Donald Trump to undo the designation, and 40 percent want him to.

You may recall that Reyes filed a SCOTUS appeal of the ruling that legalizing same-sex marriage in Utah. On an unrelated note, last month he performed a Star Wars-themed “dance battle” against texting while driving.