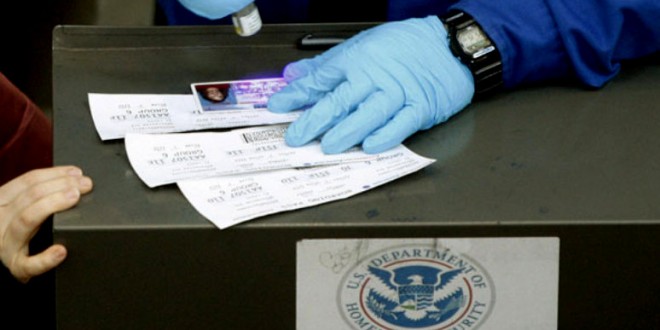 The United States government has started asking a select number of foreign travelers about their social media accounts. The news came on Thursday via Politico and was confirmed to Mashable by a spokesperson for Customs and Border Protection (CBP) after the new procedure reportedly began earlier in the week. The process dovetails with what has been expected for months and has been slammed by privacy advocates.

CBP is asking for social media info from anyone traveling to the U.S. through the Visa Waiver Program, which means they’d be able to travel about the country for 90 days of business or pleasure without a visa. The social media request is a part of the Electronic System for Travel Authorization (ESTA) form, which travelers looking for a visa waiver have to fill out before they get to the U.S. The form is used to assess “law enforcement or security risk,” according to the CBP’s website.

Travelers from 38 countries are eligible for the Visa Waiver Program. For now, no one will be barred from entering the US if they decline to provide their social media accounts.

Previous US Abstains As UN Security Council Denounces Israeli Settlements As Having “No Legal Validity” [VIDEO]
Next BUT THEY TOTALLY DIDN’T HACK US: Putin Declares That Only Russia Believed Donald Trump Would Win