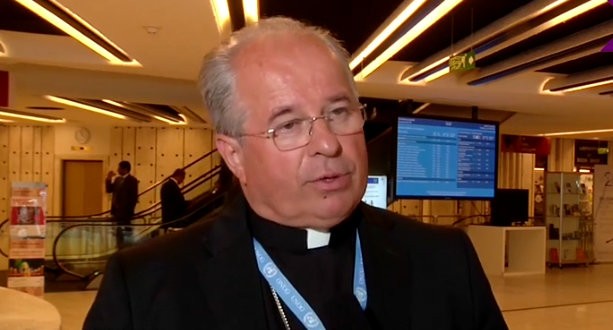 Today in the United Nations General Assembly, a cross-regional group of states affirmed the principles of universal human rights by blocking a hostile attempt to prevent the work established by the UN Human Rights Council of the Independent Expert on Discrimination and Violence based on Sexual Orientation and Gender Identity.

A small group of States attempted to stop the United Nation’s first ever Independent Expert on the “protection against violence and discrimination based on sexual orientation and gender identity.” The Independent Expert role was created through United Nations Human Rights Council resolution A/HRC/RES/32/2 in June of this year and is held by Vitit Muntarbhorn, a Thai human rights expert.

Reaffirming the November 21st victory in the 3rd Committee of the UN General Assembly, member States today voted 84 against to the hostile amendment, 77 voted in favor with 16 abstentions. The SOGI Independent Expert will continue his work to document LGBT human rights violations globally.

Despite ample jurisprudence defining sexual orientation and gender identity in international human rights law, those who brought the hostile amendment contested the legal principles underpinning the mandate, arguing that sexual orientation and gender identity are not universally recognized as human rights concepts and are not codified in international law.

This is the second hostile undertaking to block the Independent Expert from carrying out his mandate, following a failed attempt in the United Nations Third Committee in November. Leveraging the argument that the tight vote in the 3rd Committee shows a divided stance on issues related to sexual orientation and gender identity within the UN, a group of States led by Burkina Faso presented an amended resolution during the General Assembly Plenary today. The amendment served to reinsert language to defer action on the SOGI Independent Expert, ‘in order to allow time for further consultations to determine the legal basis upon which the mandate of the Expert is defined.’

The African Group has claimed that all of its member countries are against the mandate and against the rights of LGBT persons, but the voting results reveal a different story and include support of the Expert by key African States such South Africa and Cape Verde.

In advance of the vote some UN Member States, organizations opposed to the recognition of diverse families, and the Holy See heavily pressured States to vote against the mandate. Yet, in Asia and the Pacific Islands, these tactics were largely rebuffed.  Pacific Island states like Micronesia, Papua New Guinea, the Solomon Islands, and Tonga that were heavily lobbied with a right-wing agenda held their abstentions or did not vote.  There was also good news from Nepal, a state that moved from an abstention to voting against the attack on universal human rights.