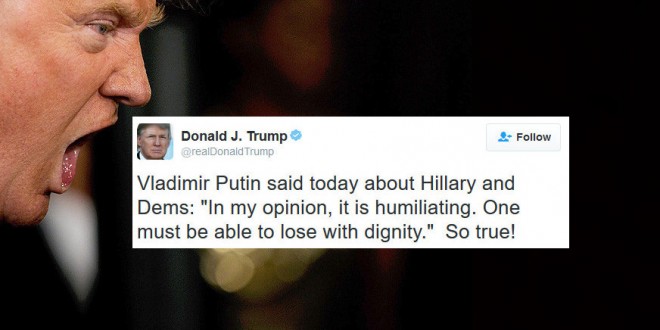 The merger is well underway. The Washington Post reports:

“So true!” Trump tweeted of Putin’s comments, apparently referencing statements the Russian made at his year-end news conference. Trump’s expressed admiration of Putin came only hours after he released to the media a warm letter the Russian sent him. The Friday night tweet sparked cries of alarm from former U.S. officials and other Trump critics on social media.

So now the President-elect and an autocrat in the Kremlin team up to trash an American. Unprecedented. Will Republicans speak up? https://t.co/Vef1g5tiFK

Republican leaders must condemn @realDonaldTrump's alliance with Putin, a foreign adversary who is actively undermining our democracy. https://t.co/7q0OkzNF2T