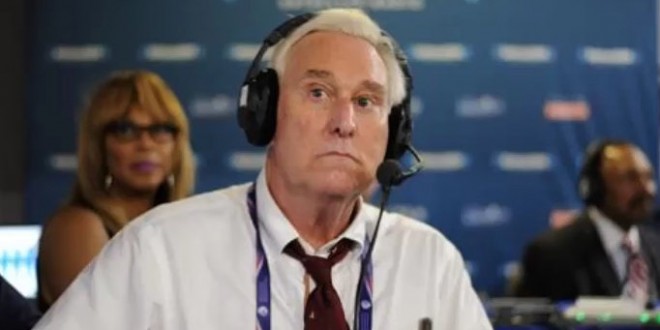 Roger Stone apparently really wants to see Hillary Clinton “frogged marched” out of her Chappaqua, NY residence and into the Metropolitan Correction Center in Manhattan to await criminal charges of some sort. In fact, Stone is reportedly now formally petitioning the incoming Trump administration to empanel a grand jury to investigate possible criminal charges against the former Democratic presidential candidate. Or, maybe the self-proclaimed master of the political dark arts was just coming up with a clever ad campaign for his new book about the 2016 presidential campaign due to hit bookstores and Amazon right after the election.

Either we are a nation of laws or we a “banana republic” lead by criminals. After the Watergate scandal, the mainstream media told us repeatedly that “No person is above the law.” It is premature for the Trump administration to decide whether Bill, Hillary, and Chelsea Clinton should be prosecuted. In truth, the American people do not yet have a full cataloging of their many crimes. We respectfully urge President-Elect Donald Trump and Attorney General Designate Jeff Sessions to gather all appropriate evidence and submit it to the Grand Jury to make the important decision about the Clinton’s potential indictment.

Back in October, Stone declared that if he’s found dead, Hillary did it. Stone has been banned from CNN and MSNBC for racist comments on social media and for calling for the executions of Hillary Clinton, Bernie Sanders, and other high-profile figures. He’s a regular guest on InfoWars and is believed to have the ear of the president-elect.