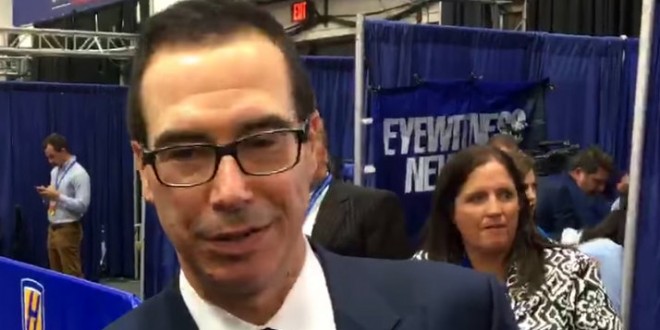 Donald Trump’s Treasury pick treasures his family’s privacy. Steven Mnuchin told a judge during his 2014 divorce he wanted his home address kept private because he was worried protesters upset by foreclosures might harm his three young kids – and he even got the address wiped off the internet. In a sworn statement requesting the sealing of paperwork listing his home address, the former Goldman Sachs partner said his position as CEO of OneWest Bank — the successor to collapsed IndyMac — subjected him to “public ire at the banking industry.”

He described an incident in October 2011 when 100 people gathered outside his $26 million Bel Air mansion to express their ire over OneWest’s alleged practices. “In October 2011, a reporter published our home address from a charity event. Shortly thereafter, our family residence was the site of a protest against my bank’s mortgage servicing policies,” he wrote in the filing that coincided with his ex-wife Heather Mnuchin’s March 2014 divorce petition.

“At the time, (Heather) and I were lucky enough to have some advance notice of the protest and were able to get our minor children out of the home before it began,” he wrote. “Additionally, without the prior notice and large LAPD presence on scene, I do not think the protest would have been as placid as it was nor would it have been over so quickly,” Mnuchin said. His declaration also said that “Since the incident, we regularly ‘scrub’ the internet for any mention of our home address.”