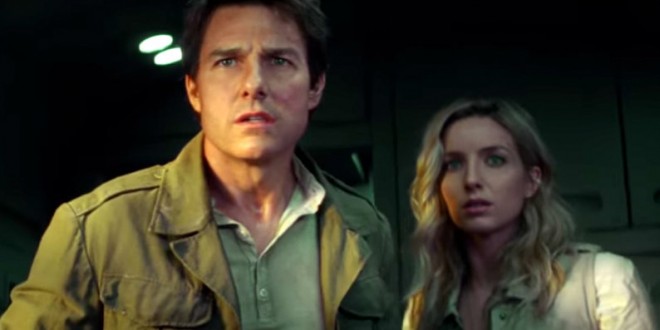 Poor old London landmarks. They’ve only just recovered from ‘London Has Fallen’. The first full trailer for forthcoming monster movie reboot ‘The Mummy’ has arrived, and it manages to squeeze in an ancient sarcophagus, reanimation, a terrifying plane crash, Tom Cruise’s death AND resurrection, emergency parachuting, and full-scale metropolitan destruction, all in just under two-and-a-half minutes. Oh, and some Russell Crowe as Dr Henry Jekyll (yes, that one).

Tom Cruise heads up the first in a series of new movies from Universal, based on their ‘monster’ properties, like ‘The Mummy’, the Invisible Man, the Wolf Man and Van Helsing. They’re all due to hit screens in movie form over the next few years, and all featuring intertwining characters and plots. ‘The Mummy’ is the first, starring Tom Cruise on the run from Ahmanet (‘Kingsman’s Sofia Boutella), an ancient princess denied her birthright, and who harbours an unquenchable thirst for vengeance.

Previous Trump Elector: I Refuse To Cast My Vote For Donald Trump Because I’ve Sworn To Defend The Constitution
Next CONNECTICUT: Gay State Comptroller Moves To Boot American Family Association From Charities List