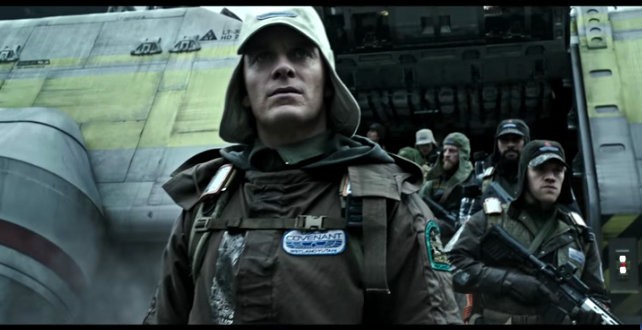 Ridley Scott’s trademark disturbing monsters dominate Fox’s first trailer for “Alien: Covenant” — including one bursting out of a body and another slithering into a shower while a couple makes love. Fox released the trailer late Saturday night as an apparent Christmas present to “Alien” fans. “Alien Covenant” is the sixth film in the franchise.

Michael Fassbender, Noomi Rapace, and Guy Pearce are reprising their roles from “Prometheus” along with newcomers Katherine Waterston, Demian Bichir, Billy Crudup, James Franco and Danny McBride. Scott is directing from a script by Jack Paglen, Michael Green, and John Logan. The film follows the colony ship Covenant as it heads toward a remote planet on the far side of the galaxy.

Crew members discover what they believe to be an uncharted paradise, which turns out to be a dark, menacing world in which the only inhabitant is the synthetic David (Fassbender), clad in all white as a survivor of the doomed Prometheus expedition.