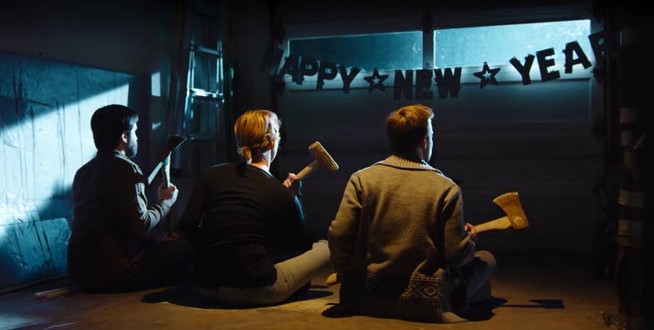 2016 started out innocently enough — but after a number of tragic celebrity deaths and one of the most divisive elections in history, at least one collective is categorizing the year as a horror movie. YouTube user Friend Dog Studios has created a condensed representation of tthe year through a trailer for 2016: The Movie. The clip, which takes the calendar year and turns it into a scary thriller, begins on Dec. 31, 2015, with a happy couple ringing in 2016 with kisses and wishes for a prosperous new year, new home, and ever-growing relationship. But things go wrong fast: “You want know who died today?” asks a creepy voiceover, teasing the terrible events to come.