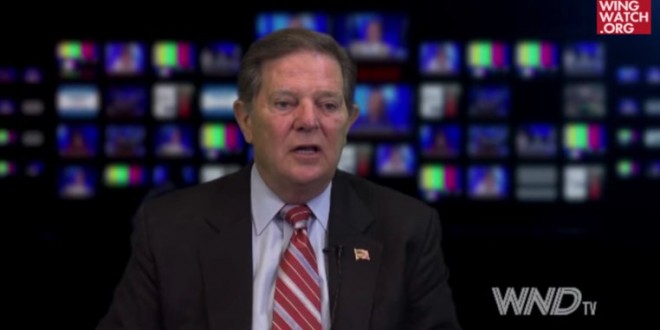 “Now that Trump is elected, I’m very excited about it because I see now what God is doing,” DeLay said. “First of all, He stopped the left in its tracks and He stopped Hillary Clinton and put a man in place that was a strong leader, which the country was begging for.”

RELATED: DeLay resigned from Congress in 2006 after being indicted on federal money laundering and conspiracy charges related to a campaign finance scheme meant to help Republicans win state offices in Texas. According to DeLay, mass shootings like Columbine happen because evolution is taught in public schools. In 2009 he withdrew during the third week of Dancing With The Stars after being ranked in last place. DeLay has repeatedly declared that President Obama is not an American.