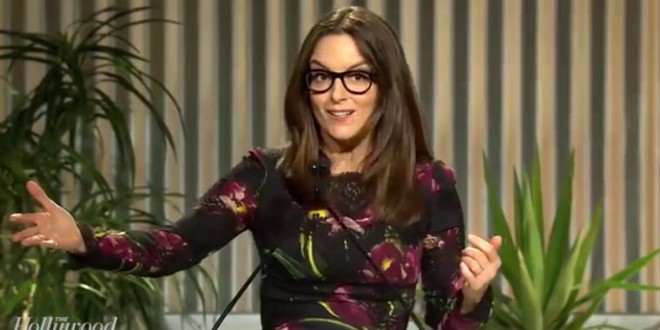 Comedian Tina Fey sarcastically dangled the bait at the army of Internet trolls who inhabit Breitbart.com on Wednesday during a speech to a group honoring women working in the entertainment field.

“I promised myself I wouldn’t get up here today and talk about the election,” Fey quipped before alluding to the controversy earlier this year over the all-female reboot of Ghostbusters by saying, “because when I get written up in Breitbart I wanted it to be because they’re mad that I’m making an all-female Hitler biopic.”

Breitbart.com’s vehemently antifeminist writers and fans were outraged when Warner Brothers announced it was producing the distaff Ghostbusters reboot. Tech editor Milo Yiannopoulos and his followers waged a campaign of harassment against black SNL and Ghostbusters star Leslie Jones, driving the comic off Twitter for a time.

Previous Trump: I Only Want The Mega-Rich In My Cabinet
Next ALABAMA: State Botches Lethal Injection, Condemned Killer Writhes And Coughs For Thirteen Minutes