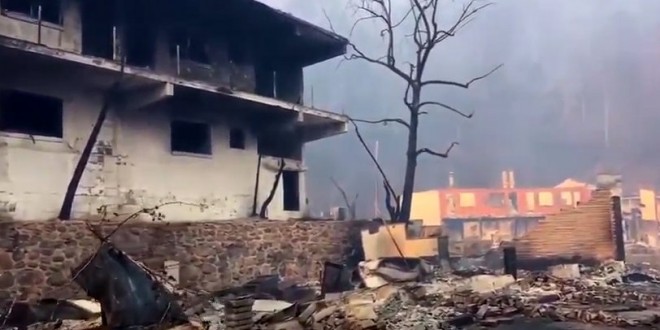 TENNESSEE: Two Teens Charged With Arson In Deadly Wildfire That Killed 14, Might Be Tried As Adults

Authorities would say only that they are residents of Tennessee but not of Sevier County, where the fire caused significant damage and forced the evacuations of thousands of residents around Great Smoky Mountains National Park.

Sevier County District Attorney James Dunn said the suspects were being held pending a detention hearing at which a juvenile court judge will decide bond. Authorities said the suspects could be charged as adults and that other charges “are on the table.”

The Chimney Tops 2 fire, which started Nov. 23, has burned more than 17,000 acres in and around the national park and was still only 64 percent contained after two weeks, the joint federal-state-local incident command team said Wednesday.

VIDEO: Dolly Parton has announced a telethon for the victims.