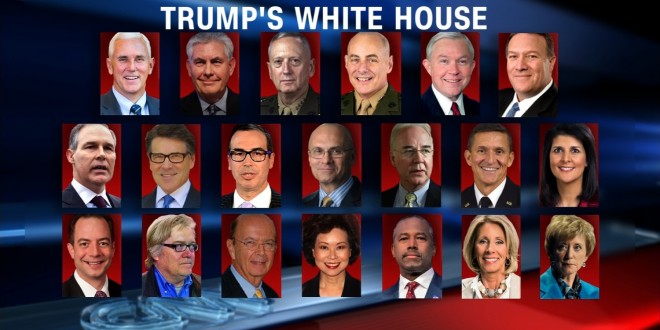 SWAMP THINGS: Net Worth Of Trump And His Cabinet Now Greater Than The GDP Of 70 Small Countries

President-elect Donald Trump boasted about his wealth during his campaign. Now he’s surrounding himself with people who have similarly unimaginable riches. Collectively, the wealth of his Cabinet choices so far is about five times greater than President Obama’s Cabinet and about 34 times greater than the one George W. Bush led at the end of his presidency.

And Trump still has four more key advisory spots left to fill. The net worth of the Cabinet Trump had selected as of Monday was at least $13.1 billion, based on available estimates, or more than the annual gross domestic product of about 70 small countries. That included the $3.7 billion Trump is estimated to be worth, according to Forbes. (Trump has claimed to be worth much more — around $10 billion.)